Souvenirs and Collectables of War

Following the conclusion of the Civil War markets emerged for souvenirs and collectables associated with the conflict. Uniforms that had been worn in battle were preserved. Men and women, many of whom had not fought in the war, studied the conflicts and spent weekends reenacting the lives, and deaths, of Northern and Southern soldiers. On well-worn battlefields celebratory monuments were erected and maps were made detailing the exact locations of the death of military leaders and the positioning of units.

Three examples are included in this case. The first is a collection of imitation Confederate currency. The second is a bullet that has been transformed into a viewer. Users look into the tip of the bullet and view a scene of the battlefield at Gettysburg, Pennsylvania. The final item is a coloring book from the 1970s that invites children to use crayons to color various uniforms worn during the war. 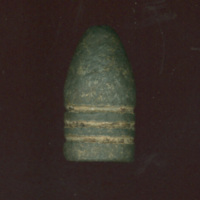 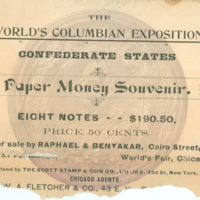 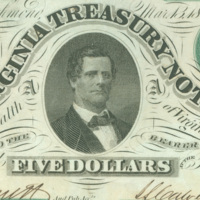 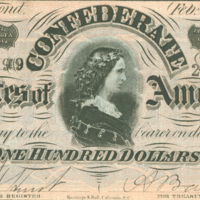 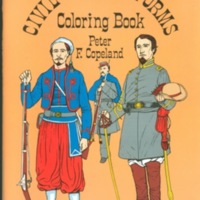 ← Methodist Sermons on Lincoln's Funeral
Souvenirs and Collectables of War