Influences of Methodists on U.S. Government

During the Civil War several Methodists played significant roles in and around Washington, DC. Matthew Simpson, bishop and later trustee at Drew Theological School, interacted regularly with Abraham Lincoln. Simpson was influential in helping Methodists secure appointments in the Union Army and in Government. His long-time friend Clinton B. Fisk, also a later trustee at Drew, asked Simpson to speak with Lincoln concerning a promotion from Colonel to General. Fisk received the promotion. Throughout the war Simpson was vocal in his support of the Union cause. In his War Address he affirms the pre-war wealth of the United States, questions the actions of the Southern leaders and armies and calls his listeners to prayer.

Another influential Methodist served in the U.S. Government during the conflict. Edwin M. Stanton was U.S. Secretary of War from 1862 to 1868. Stanton and Simpson were close friends and the Secretary helped guarantee Simpson’s travels throughout the South following the war. Following the assassination of Abraham Lincoln Stanton was highly critical of President Andrew Johnson and his handling of Reconstruction in the South. Johnson took exception to this action and attempted to fire Stanton. This action became part of the impeachment hearings of Johnson that resulted in his eventual removal from office. 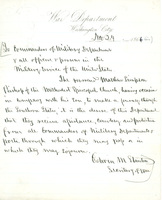 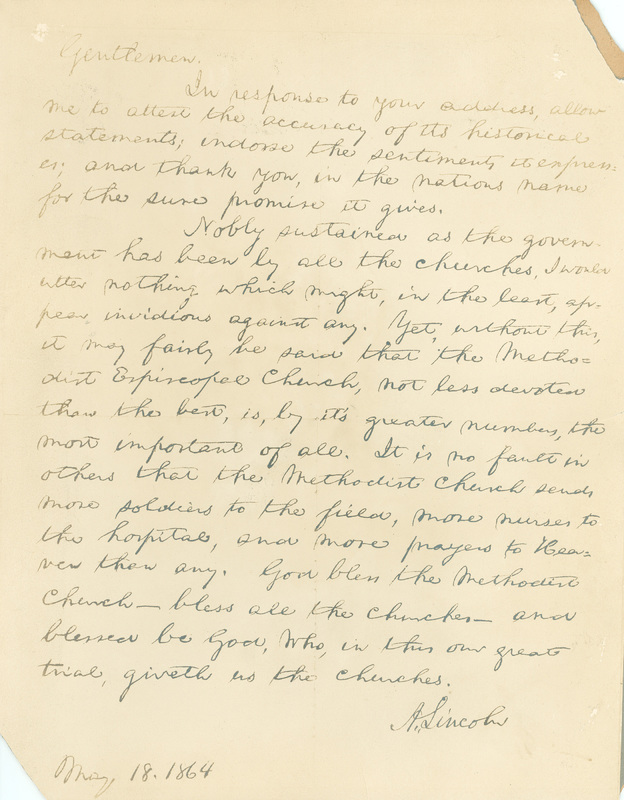 Abraham Lincoln and the Northern Methodists

In 1864 members of the General Conference of the Methodist Episcopal Church wrote a letter of support to Abraham Lincoln. The letter confirmed that the over one million members of the church were devoted to the interests of the Union and promised to support the current government. The Conference was highly critical of the Confederate government and its armies which had committed “the crime of treason” and committed “sin against God.” Northern Methodists confirmed that they were praying for the president and for the end of slavery. Lincoln responded to Northern Methodists on May 18, 1864. He lauded members of the Methodist Episcopal Church as devoted Americans who had sent more soldiers, nurses and prayers to God than any other religious tradition. 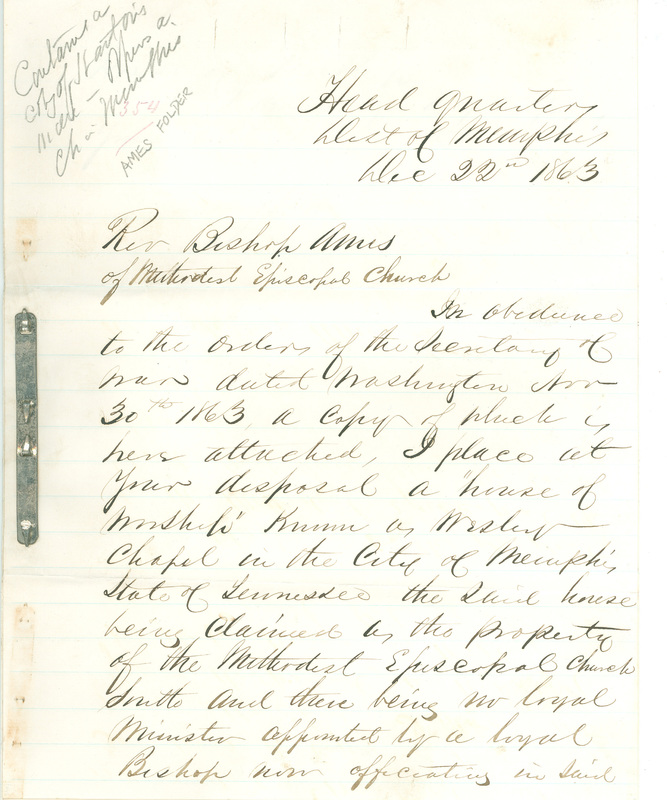 Edward Raymond Ames was a minister in the Methodist Episcopal Church. Ames had been ordained by Methodist itinerant minister Peter Cartwright in 1830. Both Cartwright and Abraham Lincoln later ran against each other race for the Illinois seat in the U.S. House of Representatives. During the 1840s Ames worked as a missionary secretary among Native Americans in the American West. Ames was a vocal opponent against slavery. He served as an Army chaplain during the war and was commissioned by Secretary of War Edwin B. Stanton to commandeer houses of worship from the Methodist Episcopal Church, South. Ministers with Northern sympathies were to be placed in the pulpits throughout the South. Ames traveled throughout the South largely with official written permission from the U.S. Department of War. The manuscript in this case evidences one such order.

← Domestic and International War Correspondence
Ministry During the Civil War →
Influences of Methodists on U.S. Government