Personal diaries and daily journals were used by Methodists to record impressions and perspectives of the war. These entries evidence surprise, suspicion, shock and the mundane of the conflict. The writings also demonstrate how communication was not as instantaneous in the mid-19th century when compared to today’s social media dissemination and breaking news accounts. The writings in this case were scribed by ministers, missionaries and soldiers. They range geographically from Pennsylvania to Mississippi to India. 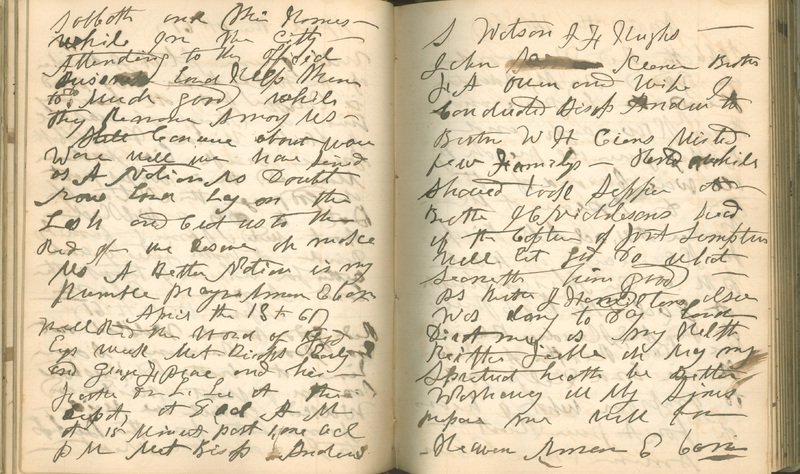 Diary of Thomas A. Cass

“took supper at Brother H. Middlesons – discussed of the capture of Fort Sumpter…”

Thomas A. Cass was a minister with the Methodist Episcopal Church, South 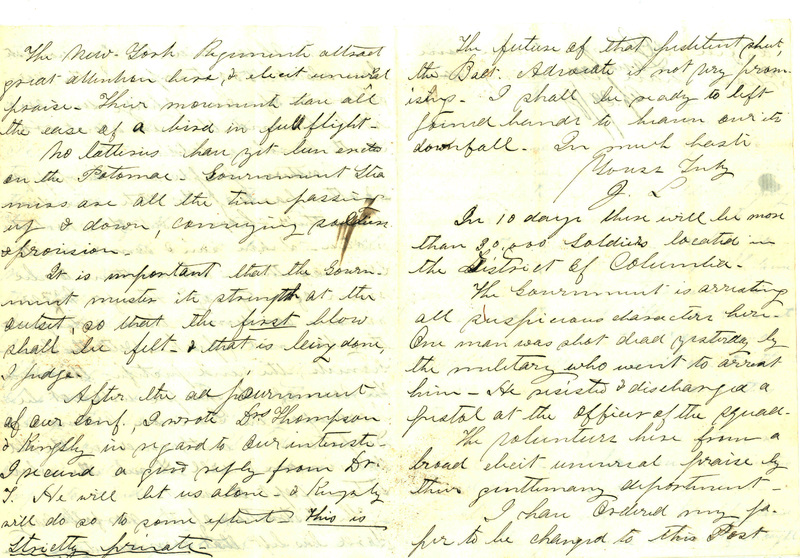 “In 10 days there will be more than 30,000 soldiers located in the District of Columbia. The Government is arresting all suspicious characters here. One man was shot dead yesterday by the military who went to arrest him – he resisted and discharged a pistol at the officer of the square.”

John Lanahan was a minister with the Methodist Episcopal Church 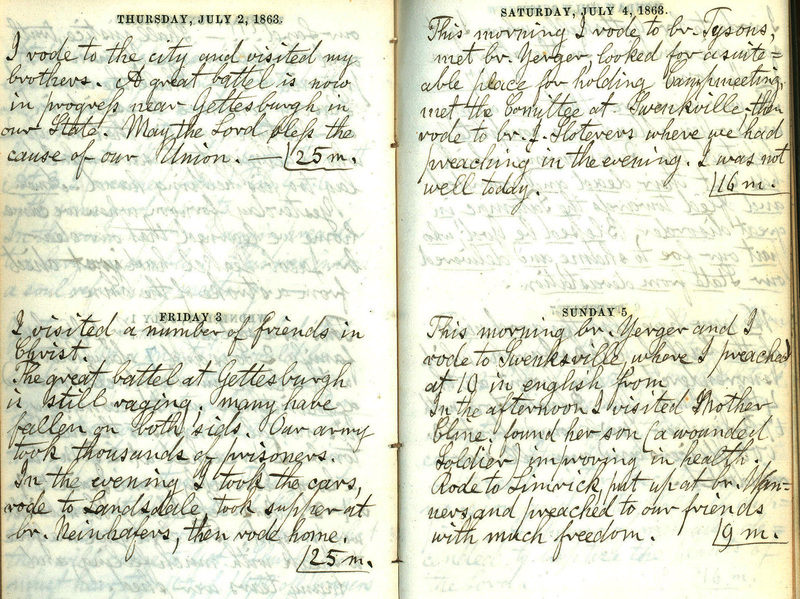 “I visited a minister of friends in Christ. The great battel at Gettesburgh is still raging; many have fallen on both sides. Our army took thousands of prisoners. In the evening I took the cars, rode to Landsdale, took supper at Br. Neinhafers, then rode home.”

Frederick Krecker was a minister with the Evangelical Association 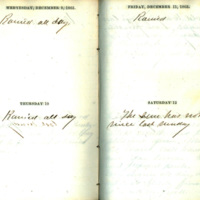 George A. Funkhouser was a United Brethren soldier with the 95th Ohio Infantry. These entries evidence the daily life of soldiers. 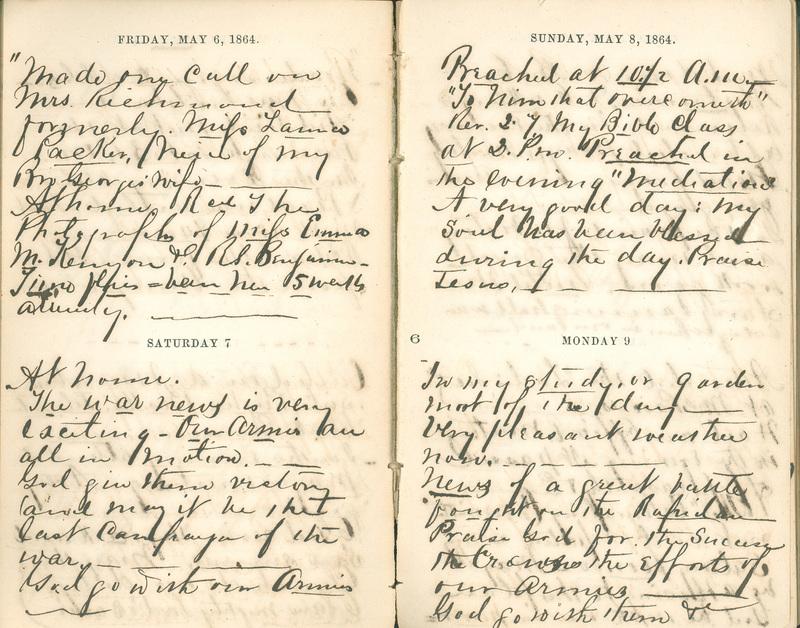 “The war news is very exciting – our armies are all in motion. God give them victory and may it be the last campaign of the war. God go with our armies.”

Ira T. Walker was a minister for the Methodist Episcopal Church

“During the last 10 days there have been terrible battels fought between the Union and the Rebel forces in Virginia. G. Grant against Lee. Thus far the army of the Nation has been triumphant, and drove the Rebels further South. Over 20,000 of our brave soldiers have been either killed, wounded, or made prisoners.”

Frederick Krecker was a minister for the Evangelical Association 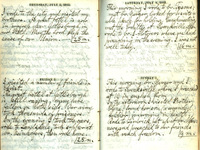 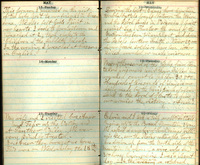