Almost twenty years prior to the start of the Civil War American Methodists fractured over issues of slavery. In 1842 and 1843 several thousand Methodist anti-slavery advocates pulled out of the Methodist Episcopal Church to form the Wesleyan Methodist Connection. This new denomination was led by several outspoken northern Methodist ministers including Luther Lee and Orange Scott. Lee and Scott would later publish a polemical treatise The Grounds of Secession from the Methodist Episcopal Church that provided rational for the fracture over slavery and church government. 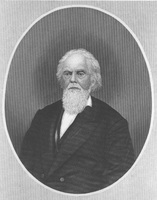 The Free Methodist Church began as a reform movement within the Methodist Episcopal Church. The first Free Methodists were called ‘Nazarites’ and proponents sought stricter observance of class meeting rules, simplicity in dress, free seats in church and emancipation for slaves. The movement emerged in the Buffalo, NY area and was led by a graduate of Wesleyan University named Benjamin Titus Roberts. Roberts was not initially interested in starting a separate denomination but relented to the requests of several hundred others. In August, 1860 at Peking, New York, delegates met to form the Free Methodist Church. 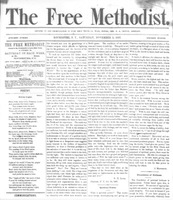 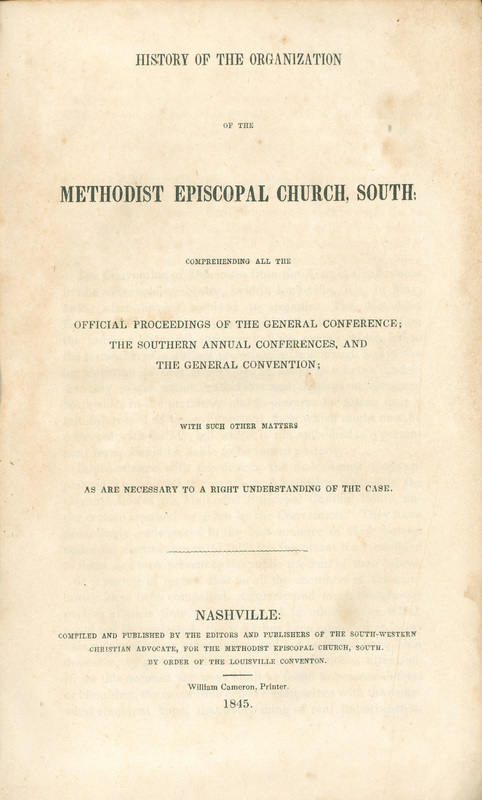 The Civil War divided the country into two separate and largely regional governments. Union and Confederate sympathizers lived in both the Northern and Southern states throughout the duration of the conflict. The two nations were separated geographically along the Mason-Dixon Line. Seventeen years earlier, in 1844, American Methodists created their own regional boundaries. The Methodist Episcopal Church and Methodist Episcopal Church, South had conferences and churches in both Northern and Southern states but the divide was a precursor to the later sectionalism established on the eve of the Civil War.

The split within the Methodist Episcopal Church centered primarily on a church law that bishops could not own slaves. James O. Andrew, a bishop from Georgia, was born in 1794. He became a Methodist minister in 1812 and elected bishop in 1832. Andrew inherited several slaves as a result of his first two marriages to Ann McFarlane and Leonora Greenwood. Though Andrew submitted legal papers to demonstrate that the slaves belonged to his wives he was brought under charge by the 1844 General Conference of the Methodist Episcopal Church. A debate ensued led by Northern bishops and ministers. Southern clergy wrote a Protest to General Conference claiming that Andrew had not broken any official church laws nor had he been brought to trial by the church. 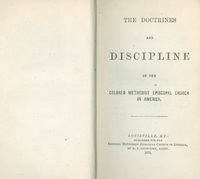