Drew Theological Seminary was founded, in part, by work related to the 1866 Centenary of American Methodism. The Centenary fundraising campaign represented a look back on the first one hundred years of Methodism in the United States and former British colonies. In 1860, the General Conference of the Methodist Episcopal Church called for spiritual awakening in local churches and for the raising of funds to assist with missions work and other church enterprises. Educational endeavors as part of the fundraising included Drew Theological Seminary and Centenary College for Women (now Centenary College of New Jersey).

During the 1860s several leaders from the Methodist Episcopal Church searched for a location to establish a seminary. One of those leaders was an ordained Methodist minister named John McClintock. Reverend McClintock was Daniel Drew’s pastor in New York City and later served as the first President of Drew Theological Seminary. Drew wanted to donate money for a Methodist cause – and American Methodists needed funding to start a seminary. Drew was approached by the Methodist entourage and promised several hundred thousand dollars to help establish a seminary for the training of Methodist ministers in the New York City area. 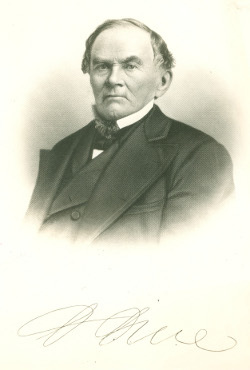 Daniel Drew was born in 1797 on a small farm in Carmel, New York. He had been raised in a Methodist home and throughout adulthood attended St. Paul’s Methodist Episcopal Church in New York City. Drew was well known as the owner of several steamboats as well as the Treasurer and Managing Director of the Erie Railroad. He made millions on Wall Street and by the late 1850s wanted to donate some of his wealth back to the Methodist Episcopal Church. In 1867, Drew donated several hundred thousand dollars to purchase the Forest property and help establish a seminary for the educational training of Methodist ministers. 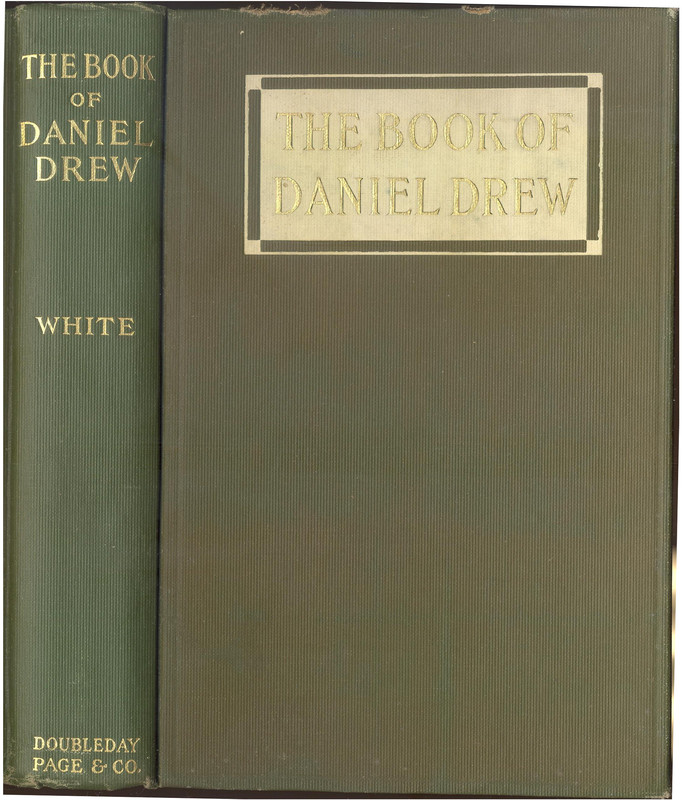 In 1910, Bouck White, a journalist from New York City published The Book of Daniel Drew. Bouck claimed his narrative on the life of Drew was drawn from fragments of Drew’s own diary. Bouck admitted adding his own voice to help shape the story from the first person. In the text, Drew (or Bouck) claims that he had loaned steamboats to the Union Army during the Civil War and that President Abraham Lincoln had paid him a hefty sum of $62,000 for use of the boats. Drew supposedly claimed, “I saw very quickly that the War of the Rebellion was going to be a money maker for me” and “I was really sorry when the Civil War was over.” Whether Daniel Drew ever uttered or wrote these words is unknown and perhaps highly unlikely. Bouck’s account of Drew’s life has been largely discredited by scholars. 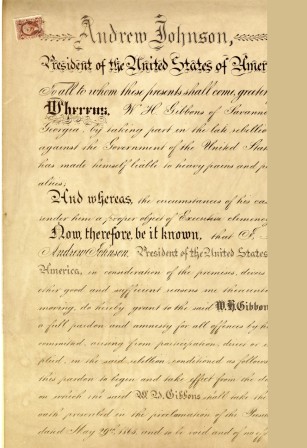 The forest property that encompasses Drew University was once owned by the Gibbons family. The family owned a plantation in Georgia and established the Madison property, including the mansion (now Mead Hall), as their northern residence. William Heyward Gibbon, son of William and Abigail, received the estate following his father’s death in 1852. William Heyward soon left Madison to return to Savannah, Georgia, to care for the family’s plantation and oversee several hundred slaves. During the Civil War Gibbons joined the Georgia infantry and fought for the Confederate States of America. Gibbons returned to Madison after receiving a presidential pardon from Andrew Jackson for his participation in the war. He sold the property to Daniel Drew and the Methodist Episcopal Church.

Lloyd Tilghman, served as Brigadier General for the 3rd Kentucky Infantry of the Confederate States Army during the Civil War. General Tilghman fought in several battles against Union forces and on May 16, 1863, was shot and killed in the Battle of Champion’s Hill near the city of Vicksburg, Mississippi. A monument was erected in his name near the place of his death by Sidell and other members of his family. 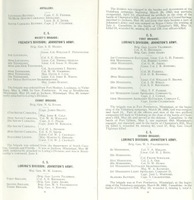