The life and career of Richard L. Walker was greatly influenced and aided by his family life and personal acquaintances. Throughout his lifetime, Walker gave a lot of the credit for his successes to his wife Celeno “Ceny” Walker in particular. Ceny was instrumental in aiding his work in South Korea, both personally and professionally. She was a striking personality who was much beloved by both the Korean people and the many dignitaries with whom Walker interacted. Ceny was also instrumental in the archiving of material related to Walker’s life and, specifically, his time in South Korea. She worked hard to create scrapbooks, photo albums, and other mementos to commemorate their lives in Korea. The Richard L. Walker Papers are as robust and detailed as they are because of the work that Ceny did to document her life with Richard and the rest of the Walker family. Both Ceny and Richard led long and impactful lives that touched nearly everyone they met. The legacy of Richard Walker would not have been the same without Ceny’s presence and influence. 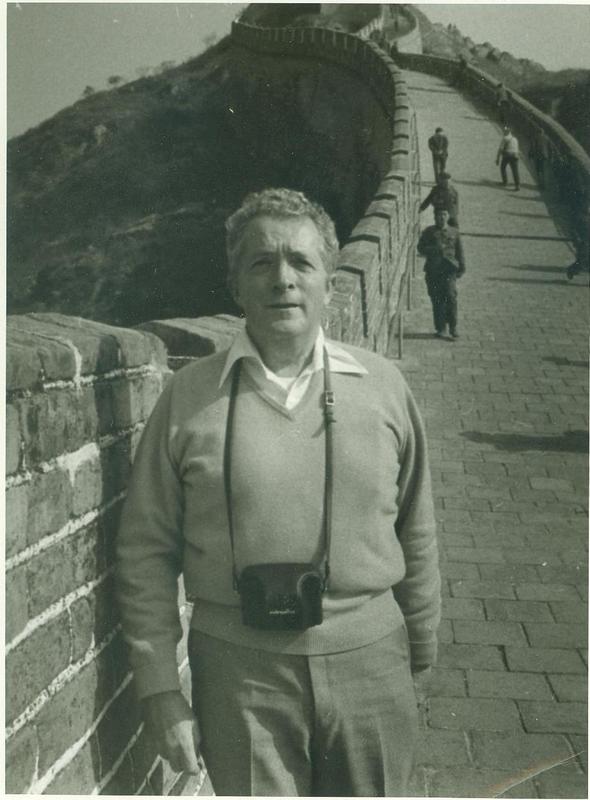 Undated photograph of Richard L. Walker standing on the Great Wall of China. 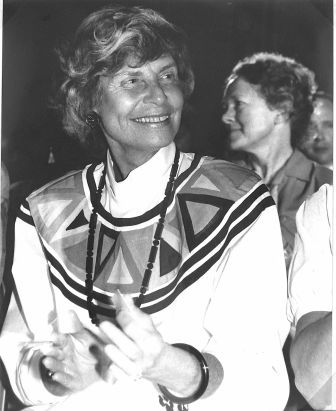 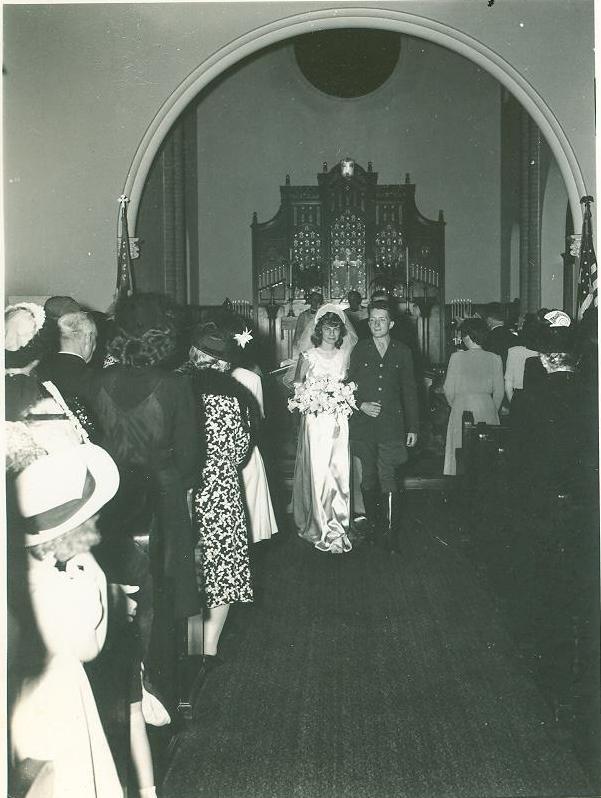 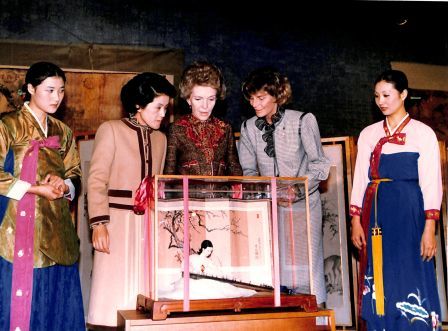 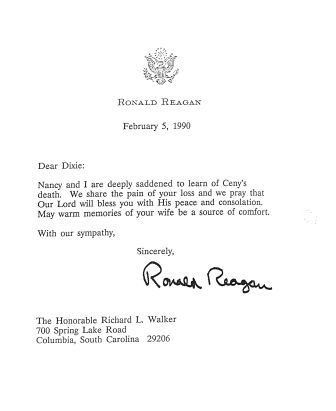 Condolence letter from President of the United States Ronald Reagan to Richard L. Walker, on the occasion of Ceny Walker’s death, February 5, 1990. 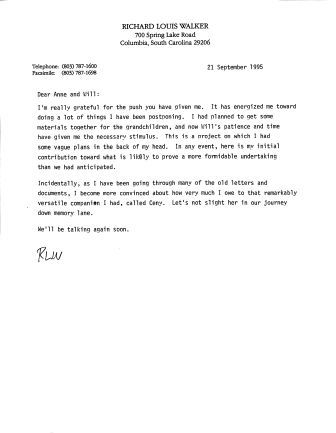 Letter from Richard L. Walker to his daughter Anne, September 21, 1995. In the letter, Walker refers to his wife, Ceny, as “that remarkably versatile companion.” 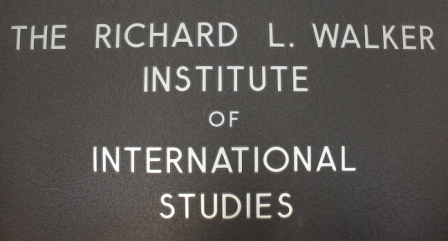 Metal sign, “The Richard L. Walker Institute for International Studies.” In 1994, the University of South Carolina named the institute after Ambassador Walker in honor of his service to the University. 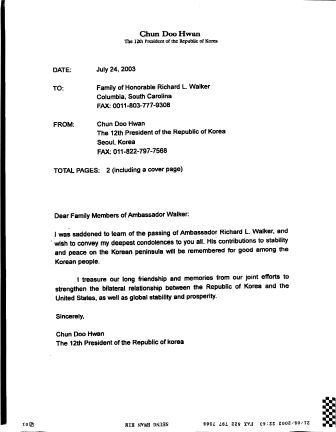 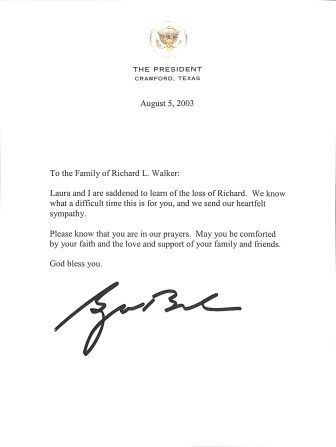 ← The Ambassador in the University
Family Life and Legacy