President Ronald Reagan referred to Richard Walker’s time in South Korea as one of “quiet diplomacy”. While Walker’s nature was calm and quiet, the events during his tenure were anything but. The first few years of Walker’s time in Korea proved to be both active and tumultuous. Walker was an intermediary between South Korea and the United States at a time when both countries had newly elected presidents. The difficulties of such a relationship were made even harder during 1983, when two significant acts of violence occurred. The first was the shooting down of a commercial airliner, Korean Air Lines flight 007, by Russia on September 1, 1983. A month later, on October 9, there was an assassination attempt made against President Chun Doo Hwon in Rangoon that killed 21 people, including numerous South Korean politicians. One month later, President Ronald Reagan arrived in Seoul for his first ever presidential visit to South Korea. During these many tumultuous events, Walker remained a steadfast and strong presence in the country. His stoicism and personal influence helped guide U.S.-Korean relations through the most difficult period of his ambassadorship. 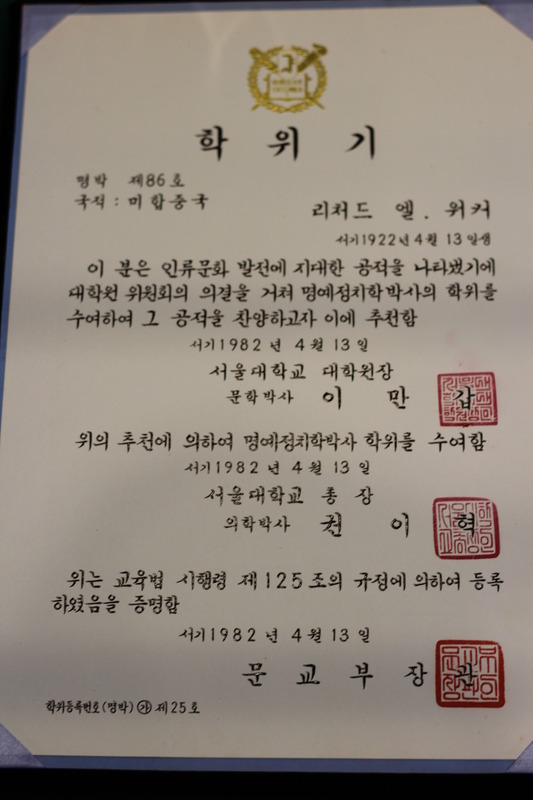 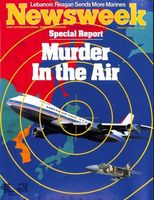 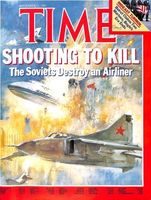 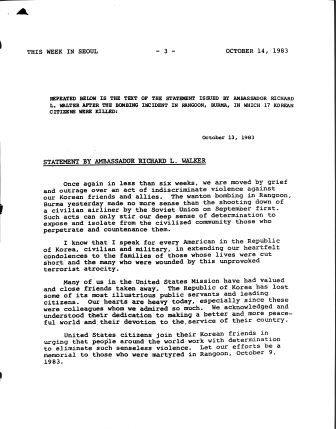 Facsimile of statement about the Rangoon bombing from Ambassador Richard L. Walker, October 13, 1983. 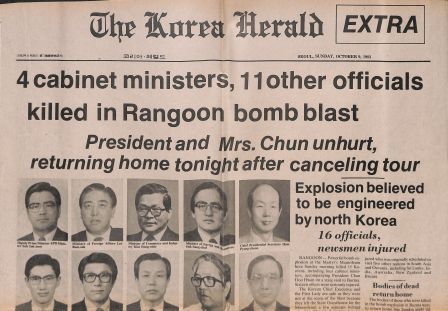 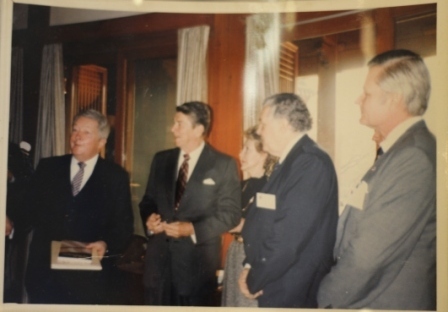 Photograph of Ambassador Richard L. Walker, United States Secretary of State George P. Shultz, and President of the United States Ronald Reagan, accompanied by Republic of Korea and United States military and civilian personnel, at the demilitarized zone between North and South Korea. 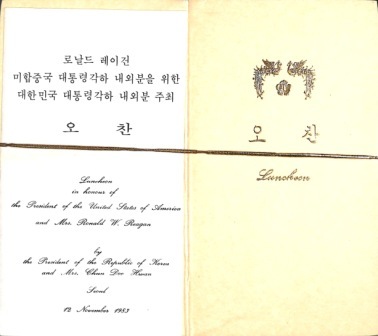 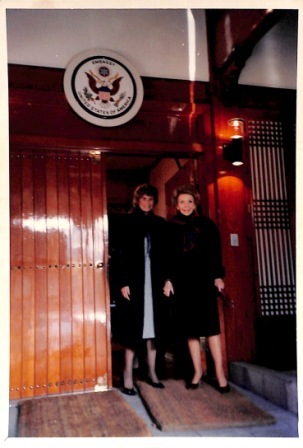 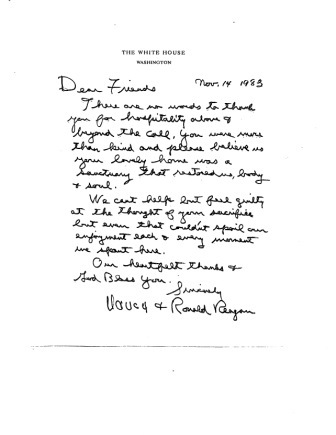 Facsimile of handwritten note from President of the United States Ronald W. and Nancy Reagan to Ambassador and Mrs. Walker, dated November 14, 1983. The first line reads, “There are no words to thank you for hospitality above and beyond the call.” 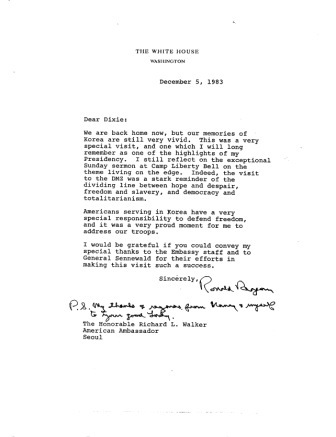 Letter dated December 5, 1983 from President of the United States Ronald W. Reagan to Ambassador Richard L. Walker reflecting on the president’s trip to the Republic of Korea.