Richard Walker was a graduate of Drew University in 1944. He completed his BA in history and political science and received his diploma while serving in World War II. During his time at Drew, Walker was an active and well-liked member of the Brothers College community and worked hard to involve himself in all aspects of campus life. He was a member of two honor societies: Sigma Phi and Pi Gamma Mu. Walker was also heavily involved in the college outside of the classroom. He played violin in the orchestra, helped establish the fencing team, and worked as manager of the baseball team. It was this last role that led to his nickname “Dixie” while at Drew. The nickname was inspired by Brooklyn Dodgers player, Fred “Dixie” Walker, who was active during Walker’s time at Drew. The nickname stuck throughout Walker’s lifetime, even during his time as Ambassador. Items in this case highlight Walker’s time at Drew and show both his academic and extracurricular achievements. It includes his admissions test results, which showed a poor result for language aptitude—a surprising result for a man who would go on to master Chinese and Korean languages! 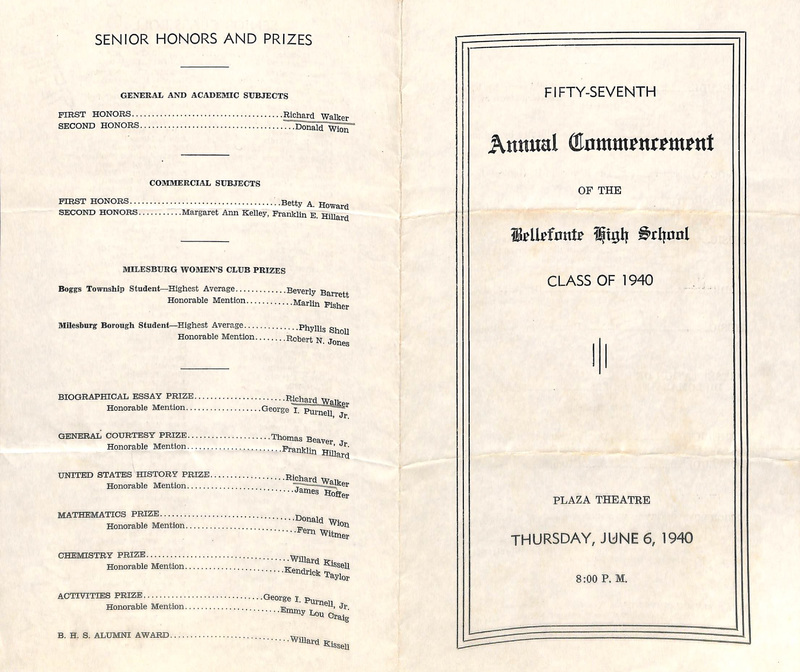 Commencement program for the Fifty-Seventh Annual Commencement of the Bellefonte High School Class of 1940. The program notes Richard L. Walker in the Senior Class Roll, his achievement of First Honors, and that he won both the Biographical Essay Prize and the United States History Prize. Walker is also listed as having performed a violin solo after the principal’s introductory remarks. 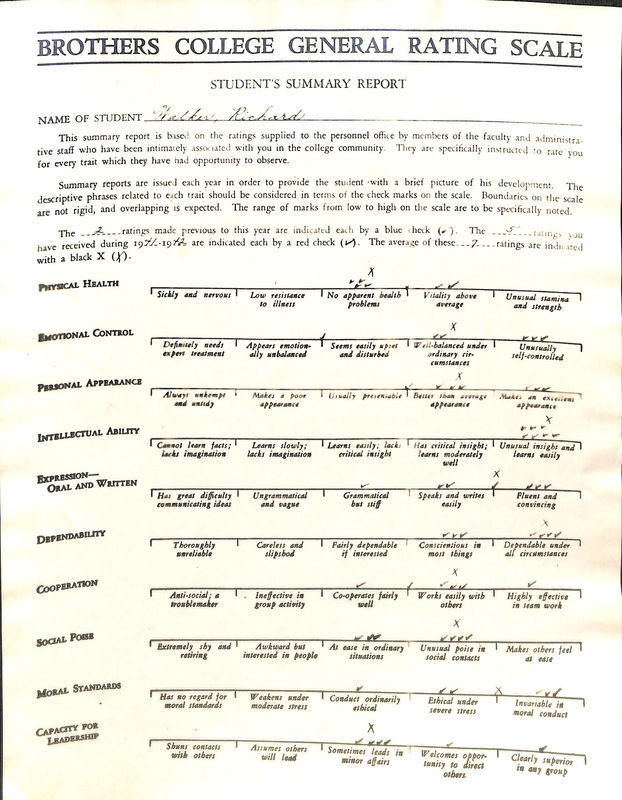 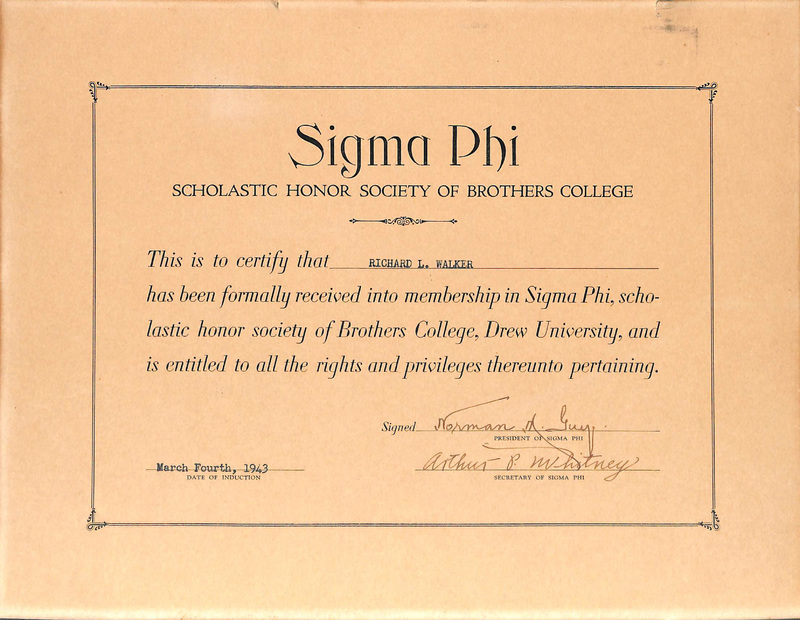 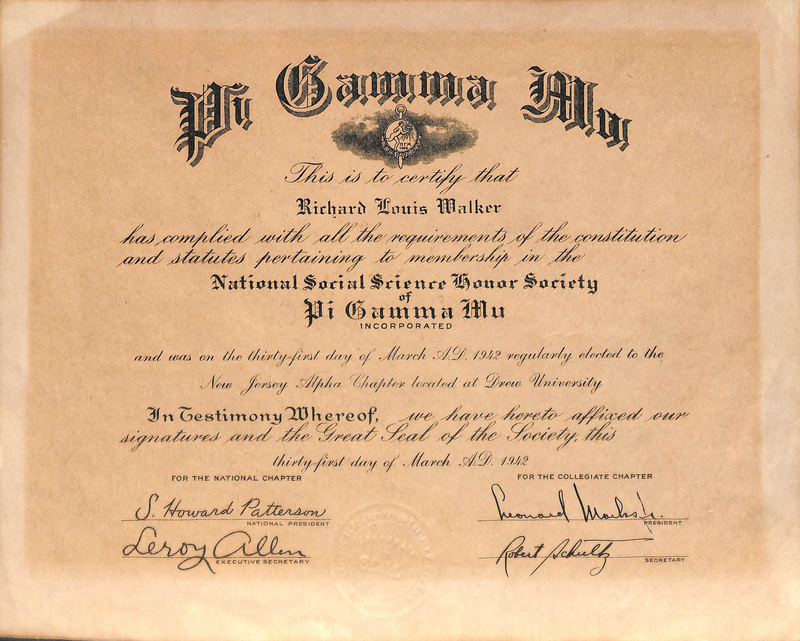 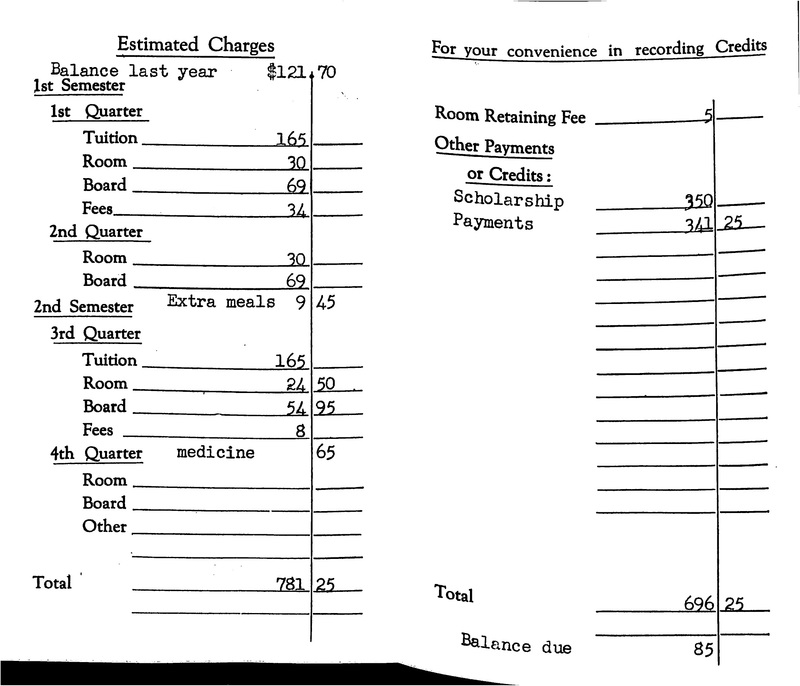 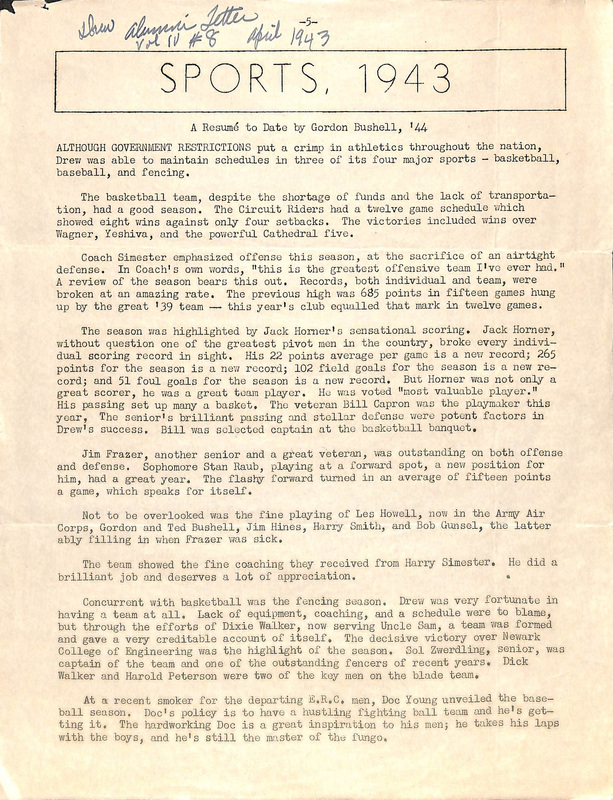 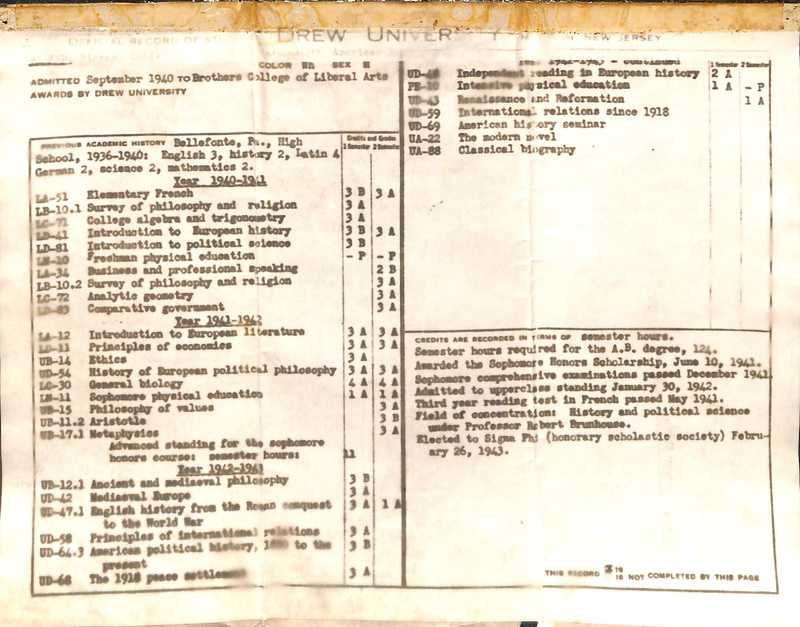 Transcript of Richard L. Walker, Brothers College of Drew University as of March 3, 1943.

Drew University yearbook, 1943. Walker is featured in the senior photos with a brief biography. 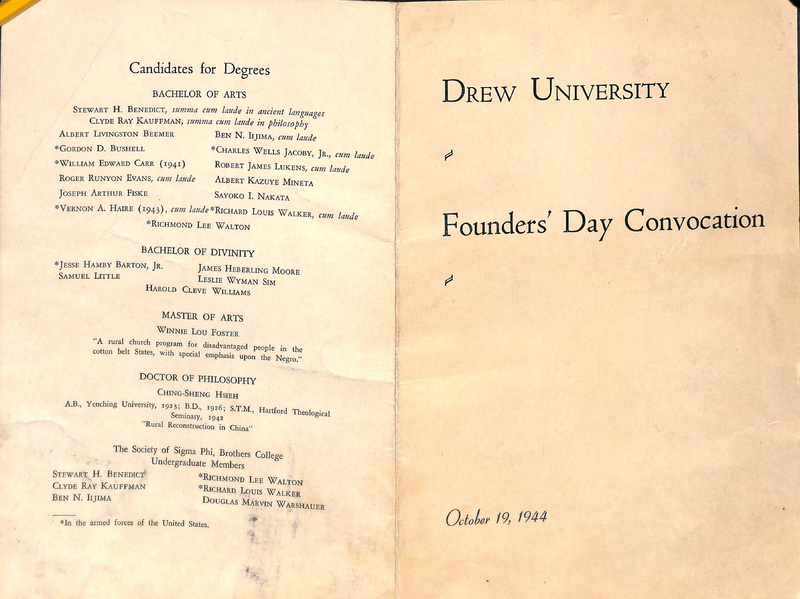 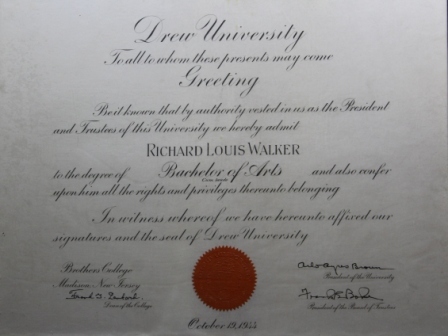