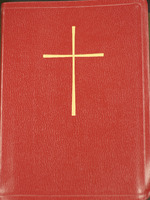 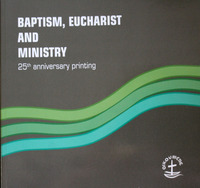 The middle years of the twentieth century saw the beginning of one of the greatest “reformations” of authorized liturgy since the publication of sixteenth century Reformation era liturgies, Lutheran, Anglican, or Presbyterian. Change was evident and it was not only felt within the Anglican Communion.  Most of western Christendom was poised to renew its worship.  For the Roman Catholic Church this happened very rapidly as a result of the Constitution on the Sacred Liturgy adopted in 1963 by the Second Vatican Council. The new Mass, in English for the first time, made its debut on the first Sunday in Advent 1969. For the Episcopal Church, the process of prayer book revision was less swift. Liturgical revision was an extended process that began in the early 1950s and culminated in the late1970s amid turmoil in the church that liturgical leaders could not have foreseen.

Since the development of the 1979 Book of Common Prayer, sensitivity has grown to the power words and images in worship have to shape our understanding of and relationship with God. The effectiveness and durability of prayer is contingent upon how well its images, words and metaphors convey both the depth and mystery of the gospel and the voice and heart of the worshipping community.

New questions were also being raised on how the church speaks of God. Does the exclusive use of masculine pronouns contribute to an understanding of God as male or one who has characteristics usually associated with men and not women?  Could God be spoken of in feminine terms as well as masculine terms? If women are made in the image of God, can female ways of being and doing provide a vehicle for expressing our experience of God?

Beginning in 1989 an ongoing process of listening to what the Spirit is saying to the Church through the diverse experience of those who gather for worship and to celebrate the sacramental rites led the church’s Standing Liturgical Commission to publish a series of fresh collections. Not until the 1998 issuance of Enriching our Worship, a collection of optional liturgies, did the church officially authorize the use of specifically inclusive texts.

For more than thirty years, the Episcopal Church has been responding to the call to seek and serve Christ in its members who are gay and lesbian.  In 1976, a resolution of General Convention affirmed that “homosexual persons are children of God who have a full and equal claim with all other persons upon the love, acceptance, and pastoral concern and care of the church.”  In the years that followed many congregations and their clergy have welcomed same-sex couples and offered liturgical blessings on their relationships. In 2009 the General Convention called for the collection and development of resources for those blessings. In 2012 the Standing Commission on Liturgy and Music published an authorized collection of  “Resources for the Witnessing and Blessing of a Lifelong Covenant in a Same-Sex Relationship”  but stopped short of opening the prayer book marriage rite to same-sex couples.

These collections are not intended to supplant the 1979 book but rather to provide additional resources to assist worshiping communities wishing to expand the language, images and metaphors used in worship in the early decades of the new century.