Book of Common Prayer and Elizabeth I

With Queen Mary’s death in 1558, the accession of her half-sister Elizabeth to the throne brought an end to Papal restoration. Elizabeth entered Westminster Abbey for her coronation accompanied by a choir singing the litany—in English. The Communion service was also in English and the sacramental bread was conspicuously not elevated as the new Protestants had insisted. English people were ready for religious peace along Protestant lines.

Determined to avoid further bloodshed and to tread a middle path between old Catholics and new Protestants, the young queen restored the 1552 Prayer Book in the first year of her reign although scholars suggest she herself would have preferred Cranmer’s Catholic-leaning liturgy of 1549.

This was evidenced by pairing a few Protestant-leaning changes in the Communion Service, the orderly removal of stone altars and their replacement by wooden tables, the words of administration of the bread and cup combined those from 1549 and 1552 to produce a lengthy formula in which they are spoken of ambiguously as the body and blood of Christ—the Catholic-leaning words of distribution in the 1549 Communion rite “the Body of Christ/ the Blood of Christ” were restored and placed together with the Protestant-leaning 1552 words of distribution “Take them in remembrance that Christ died for you, and feed on him in your heart by faith with thanksgiving.”  The restoration of medieval vestments and communion wafers rather than a loaf of ordinary bread were Catholic-leaning concessions. Most of the exiled clergy resumed their careers in the Church and welcomed the revised book.

Thanks to Elizabeth’s long reign—forty-five years—it was this 1559 Book of Common Prayer that did more than any other to consolidate the distinctively Anglican form of worship. It was also familiar to Shakespeare and Milton.The growing intellectual ambitions of lay church members and the extension of literacy allowed people to see the deep attractiveness of Reformation spirituality. 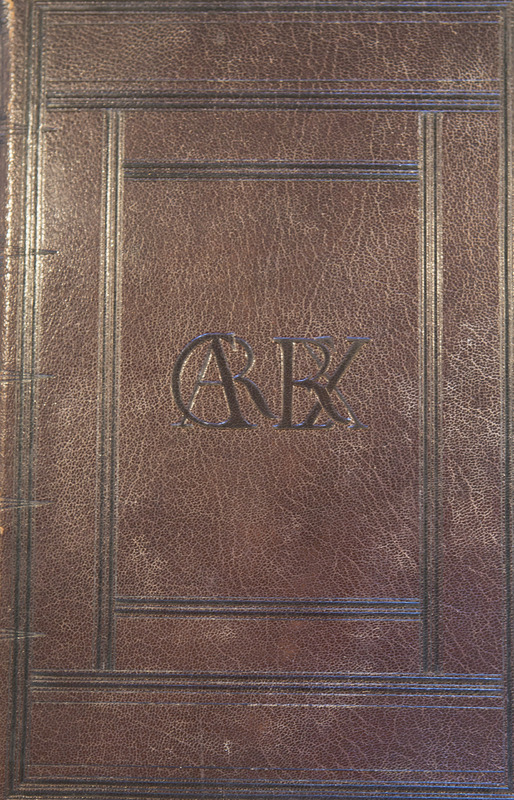 This prayer book, is printed in black letter (Gothic) type on folio-size paper, with woodcut borders to titles and initial letters throughout. The Maser copy is the earliest issue since it has the catchword “Certaine” on the last page. The Psalter, separately printed in the same style, is the King James Version rather than the usual Coverdale version “pointed as they are to be said or sung throughout all the churches of Scotland.”  The two volumes are fine unpressed (crisp) copies bound together in Victorian-era elegant dark brown crushed morocco, with blind-tooled cover borders and center monogram of King Charles II, gold turn-ins, marbled end papers and all edges gilt.

The Book of Common Prayer, and Administration of the Sacraments and Other Parts of Divine Service for the Use of the Church of Scotland. Edinburgh: Printed by Robert Young, Printer to the King’s Most Excellent Majestie, 1637. Bound with: The Psalter, or, Psalms of David according to the late Translation in King James time, Pointed as they shall be sung throughout all the Churches of Scotland. Edinburgh: Printed by Robert Young, 1636. 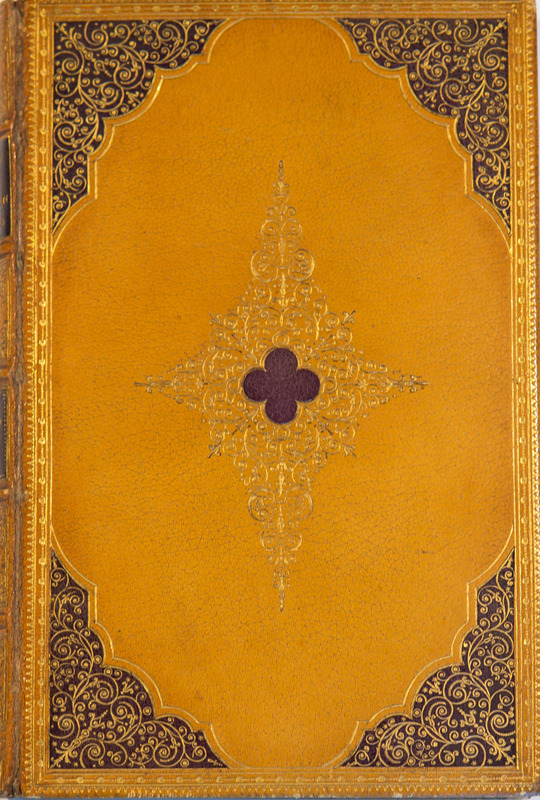 The Maser copy belongs to the first published edition and contains a full-page woodcut illustration of the Queen at prayer which has led to its being known as “Queen Elizabeth’s Prayer Book.”  The woodcut was possibly designed by Levina Teerline, a Flemish miniaturist who was painter to the English court for Edward VI, Mary, and Elizabeth. In an outstanding example of iconoclasm, Elizabeth receives the place of honor comparable to the Virgin Mary who reigned supreme in Catholic books of prayer. This book is the only known example of prayer-books deluxe to appear in Elizabethan England.

The book, heavily decorated with borders and figures, is a remarkable tribute to the typographical skill of John Daye, and the woodcuts rival those of the French Books of Hours of an earlier period. The title page appears within a broad woodcut border showing the Tree of Jesse and each one of the pages contains ornate, religious woodcut borders based upon works by Albrecht Dürer and Hans Holbein, illustrating the life of Christ, illustrations of proverbs and figures of the cardinal virtues, the five senses and, finally, a Dance of Death series. They provide a veritable catalogue of Christian iconography. One fine example can be seen in the woodcuts on page Q2r-v, depicting multiple scenes of men and women separated at death by good and evil angels. Good angels had traditionally been considered guides for human souls, where evil angels would drag the condemned to everlasting torture. John Daye’s printer’s mark is on the verso of last leaf.

The signed binding in citron Morocco gilt, with dark blue Morocco inlaid corners and center pieces and gilt edges is by Joseph Zaehnsdorf (1816-1886) of London.  Zaehsdorf exhibited at the London International Exhibition of 1862, where he received honorable mention. He also obtained medals at the Anglo-French Working Class Exhibition, held at the Crystal Palace in 1865, at the Dublin International Exhibition of 1865, at the Exposition Universelle (1867), at Vienna in 1873, and at the Victoria and Albert Museum (London) in 1874. 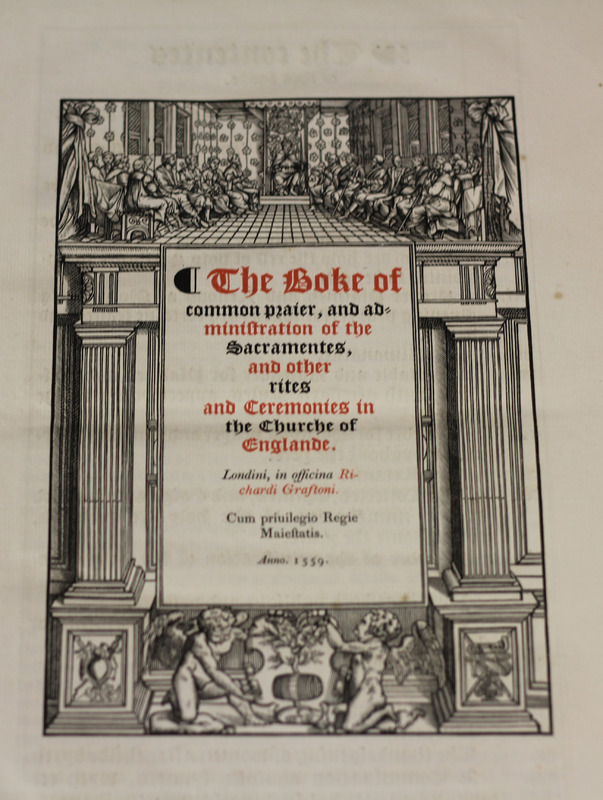 This beautiful reprint is printed in black letter type in the style loosely known as Gothic with black and red title page and calendar and woodcut initials throughout as in the original. Also contains original colophon. The Maser copy is bound in vellum over boards with gold-stamped leather title and volume labels on spine.