The Book of Common Prayer was as familiar in Britain’s North American colonies as in England. British copies were widely available in seaport city book shops. The lone pre-revolutionary American edition is William Bradford’s New York edition printed in 1710 of which only one copy appears to have survived. Worship patterns followed English practice.  On Sundays the usual forms of worship were, in the morning, the sequence of Morning Prayer, Litany, and Ante Communion with sermon and prayers, followed later in the day by Evening Prayer, again with sermon. Holy Communion was normally celebrated four times a year.

Before the American Revolution, there were no Anglican bishops in the colonies, partly because the British government was reluctant to give the colonies the kind of autonomy that this would have implied, and partly because many of the colonists were violently opposed to their presence. After the Revolution, the establishment of an American episcopate became imperative. SAMUEL SEABURY of Connecticut  [d.1796, commemorated November 14, Holy Women/Holy Men] was the first American to be consecrated, in Aberdeen Scotland in 1784, and in 1787 William White and Samuel Provoost, having been elected to the dioceses of Pennsylvania and New York respectively, sailed to England and were consecrated bishops by the Archbishops of Canterbury and York and the Bishops of Bath and Wells and Peterborough. Bishop White served as Presiding Bishop of the newly independent church at its first General Convention in 1789, and again from 1795 till his death in 1836.

By 1787 the church had three bishops, a proposed constitution and a proposed prayer book which was not well received. The General Convention met again in Philadelphia in 1789, for the first time with delegates representing Connecticut, Massachusetts and New Hampshire. The “Northern” party led by Bishop Seabury and his high-church New England colleagues deemed all of the revisions in the proposed 1786 book unacceptable and the book was not adopted. At the 1789 Convention the newly reunited church was formally organized and a more widely acceptable American Book of Common Prayer was finally drafted and adopted. The book served the church for over a hundred years.

The first printing of the book produced for the General Convention of 1789 by Hall and Sellers of Philadelphia appeared in 1790and this first edition is what is presented here. Unlike later Prayer Books, there was no uniform appearance among the different printings from various publishers. 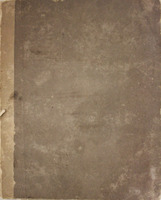 ← Baskerville Press
Book of Common Prayer in the Late 19th and 20th Century →
The Prayer Book in the American Colonial Period, 1715-1790