The Theological School has attracted students from around the globe since its inception.  This blending of diverse cultures has yielded fruit in the form of lectures and interdisciplinary colloquia, a sampling of which appears here.  The signing of the Matriculation book remains an important and serious ceremony in the life of the school, but as an article in the Theological School’s Circuit Rider newsletter reveals, there was, and still is, room for levity among budding pastors. The construction of the Methodist Archives and History Center in 1981 deepened the relationship between the university and the church tradition of its founding. 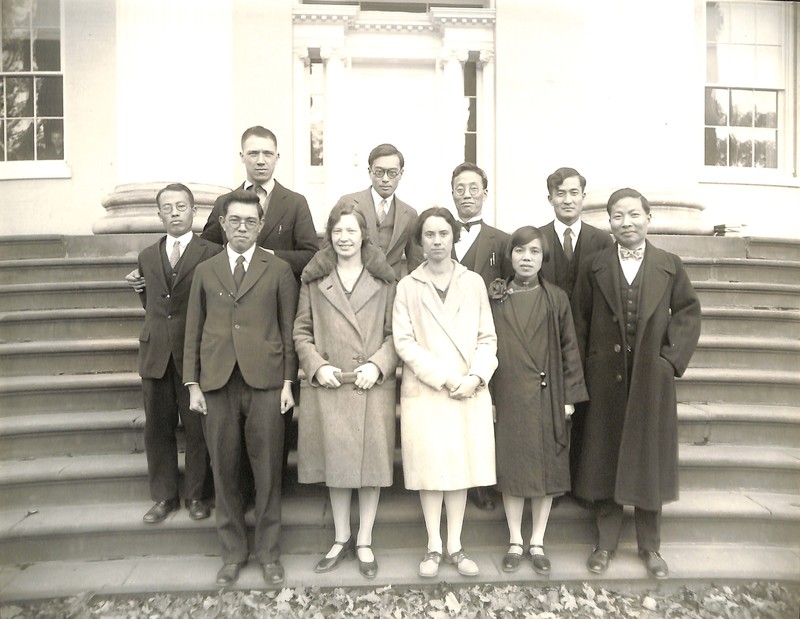 Photograph of International Seminarians, c. 1930. The first South American student came to Drew in 1870.  The first students from India and Japan arrived in 1872.

Copy of Ecospirit: Religions and Philosophies for the Earth. New York: Fordham University Press. This book is one product of Drew’s Transdisciplinary Theological Colloquia, an annual event in the Theological School.

“Midnight Invasion of Hoyt-Bowne Repelled”, Article in Circuit Rider, November 2, 1949.  The Circuit Rider was the primary student publication in the Theological School from 1948 to 1970. 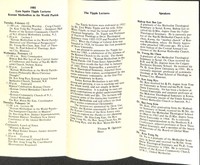 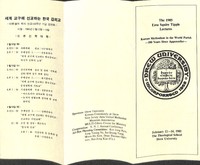 Program for the Ezra Squier Tipple Lectures for 1985.

The 1985 Tipple Lectures celebrated the 100th anniversary of Drew’s enduring connection to Korea. 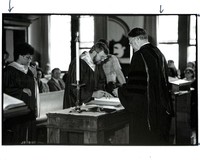 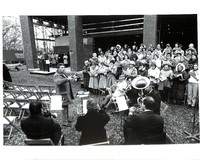 Program for the Laying of the Cornerstone at the United Methodist Archives Center, November 21, 1981.