Drew University was founded as Drew Theological Seminary in 1867. Items in this case reveal how the genesis of the Seminary began in the minds of men like James Strong who, in 1865, saw a need for a Methodist Episcopal seminary in the northeast.  This idea of a Methodist seminary became reality through the generosity of Wall Street financier Daniel Drew.  The seminary officially opened on November 6, 1867 with a celebration that took place in Madison and on campus in what was to become Mead Hall.  Students gathered that Fall of 1867 to sign the Matriculation book and embark upon their studies.  In the center of this case is one of the founding documents, a copy of the Act to Incorporate the Seminary on February 12, 1868 signed by Daniel Drew. 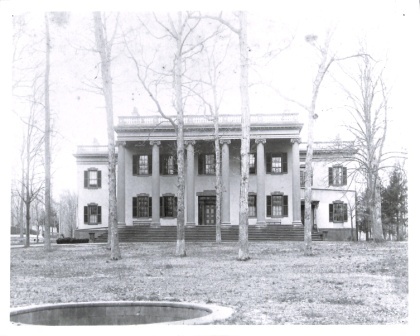 Photograph of Mead Hall, 1885.  The foundation of the Cornel Library can be seen in the background on the left. 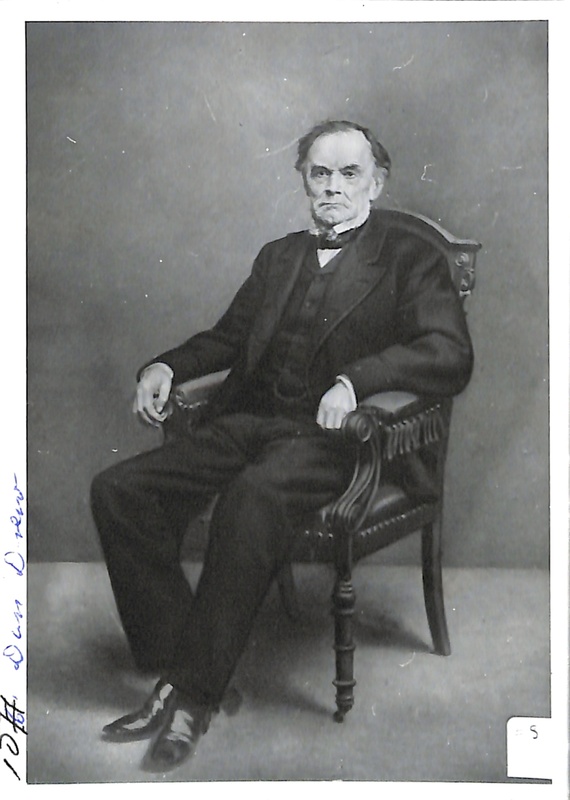 Photograph of Daniel Drew, date unknown. Drew was the primary benefactor of Drew Theological Seminary until 1876. 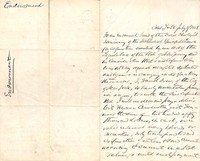 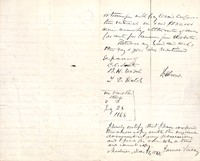 Draft of a Letter from Daniel Drew to endow Drew Theological Seminary, July 8, 1868.  Drew formally presented “his bond for two hundred and fifty thousand dollars ($250,000) as an endowment” to the Board of Trustees at their meeting on July 24, 1868. 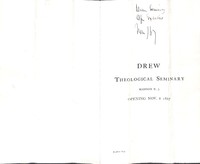 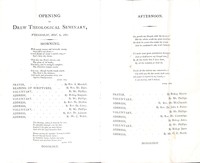 Program for the Opening of Drew Theological Seminary, November 6, 1867.  The morning ceremony took place in the Presbyterian Church on Main Street, now the Masonic Lodge next to Madison Middle School.  The afternoon ceremony took place on campus in the Gibbons mansion, now Mead Hall.

Letter from James Strong to Rev. J.F. Chalfant, January 6, 1865.  Strong, a Methodist Layman who later joined the Drew faculty, asks Chalfant, a member of the Methodist Centenary Committee, to establish an institution to educate ministers in the Mid-Atlantic region. 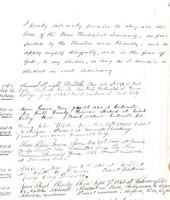 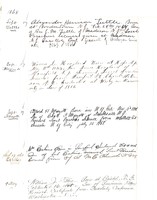 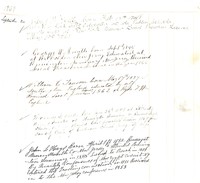 Matriculation Book, Drew Theological Seminary.  Since October 16, 1867, students have signed this book upon their entry into theological study at Drew.