Johannes Gutenberg is credited with the invention of printing (circa 1450), but his real innovation was moveable type. While there is evidence of printing and the use of moveable type in China going back to the 1st Century AD, Gutenberg invented the process of making individual pieces of metal type that could be assembled into pages, redistributed, and used again.

Type making consists of three stages: carving the letter, making the mould, and casting the type. Each letter must be meticulously carved by hand before it can be cast, but once the mould is made, a type founder could cast as many of each letter as needed. The use of moveable type transformed the book-making industry, allowing for mass production that had been previously impossible. Printers could now make hundreds of copies of the same page without having to handwrite the text or carve each page individually in wood.

Though there are only 26 letters used in the English language today, in Shakespeare’s time, a set of type, or a font, would include a long s (which looks like an “f”) as well as some ligatures (which are letters that are connected like “”). The type would also include special characters like the ampersand (&) and punctuation such as commas and periods. Each individual set of letters is called a sort. If the compositor ran out of a letter, it was called being “out of sorts.” 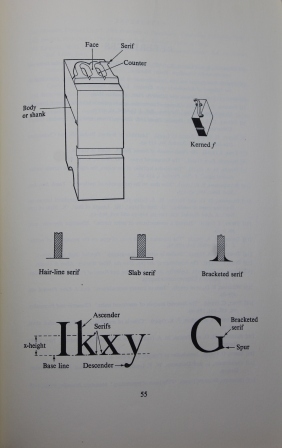 Anatomy of a Typeface

This image shows the various parts of a piece of type and the typeface. Note the small notch in the body of the type. This allows the compositor to feel which way the piece should be oriented, to help make sure the pieces of type are placed upright without having to look at them. 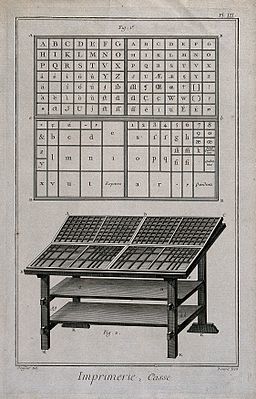 Bénard, Robert, engraver. Plan (top), and three-quarter view (below), of a type case. Image courtesy of the Wellcome Collection.

Type cases allowed the type to be organized so that a compositor, the person responsible for setting the type, could easily work. The image here shows how the cases stood so that a compositor could easily pull type from the case. The capital letters were organized in the upper part of the case and the miniscule letters were organized in the lower portion of the case. This is where the terms “uppercase” and “lowercase” originate. 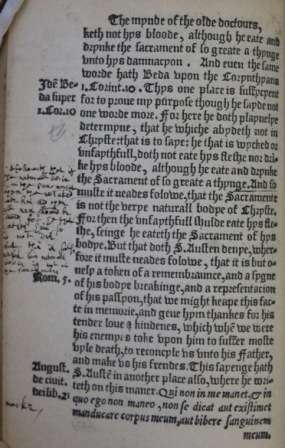 Frith, John. A boke made by John Fryth, prysoner in the Tower of London, answering unto M. Mores lettur, 1533. 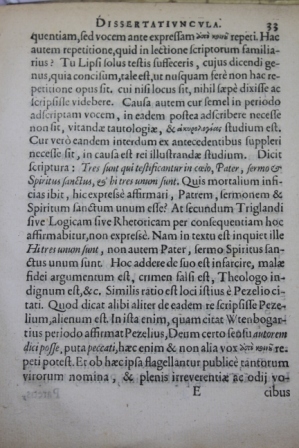 Printers used different type fonts to signify changes in text or to follow different genre conventions. Though there are many variations within types of fonts, they are grouped into categories, including blackletter, roman, and italic. Blackletter type was used by Gutenberg, as it mimicked the gothic handwriting style of the time. Roman and italic fonts were created later.

As seen in the books here, blackletter type (above) is more angular than the open and rounded roman font (below). Both books show the use of italics for emphasis. A print shop would need several fonts on hand, often in different sizes, to produce books.