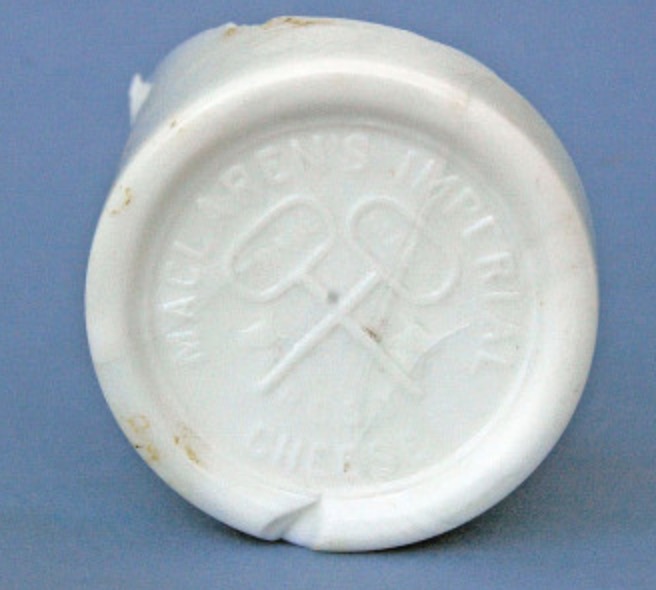 In 1891, Alexander MacLaren founded his own cheese-export company in Stratford, Ontario. Known as MacLaren Brothers, the first product this company produced was MacLaren's Imperial Cheese. It was made from ground cheddar and was aged to cheive its signature sharp flavor. MacLaren Cheese was considered to be one of the first soft-processed cheeses to be commercially distributed. It was stored in small, milk glass jars with the maker’s mark embossed on the bottom and a label glued to the front. In 1892, several branch factories were established in various parts of the country and globe, including Mexico, London, New York, Japan, and Chicago. As a result, MacLaren Cheese gained global popularity and was considered to be a "high-end" cheese product. 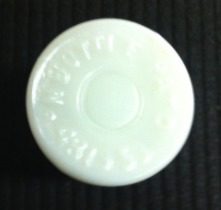 Consolidated Fruit Company Jars: The Beginning of the Mason Jar

The patents for the Mason fruit jars were one of the most valuable and important patents in fruit jar history. The Consolidated Fruit Jar Co. manufactured the tinned-steel lids and screw bands for the jars and authorized various glass houses to actually produce the glass containers. The company was founded in 1871 as a combination of Sheet Metal Screw Co., the Mason Mfg. Co., and other individuals. The actual plant for the company was situated on the Raritan River at New Brunswick, New Jersey. During this time period there was competition with several other companies, such as Shaffer’s Queen jars which were very similar to Mason jars. Patents also caused issues for the company but in 1858 John L. Mason received a patent for his famous jar, but only for 14 years (after that any glass house could manufacture the jar without paying royalties to the patent holder). This led to Louis . Boyd forming an alliance with Mason so they could extend the patent. In the end the Consolidated Fruit Jar Co. controlled the various Mason patents and therefore controlled who was allowed to make them. The lids and jars were mass produced and inexpensive as well.

Lea & Perrins Worcestershire Bottle and Stopper: A Staple Condiment in the Gold Rush

Out of the many British food products competing with American goods in the mid-19th century, Lea & Perrins Worcestershire Sauce was one of the best known products. Launched in 1838 by John Duncan’s Sons, it began its journey in the American market in New York. Soon after, it became popular west of Mississippi as thousands of people became engulfed by the Gold Rush. Restaurants, hotel dining rooms, and dining salons of passengers ships soon all carried this British product.

In 1876 the bottles began to be produced in Salem, New Jersey. It was during this time period there was a marked changeover in the United States from British to American-produced Lea and Perrins  bottles. The glass-and-cork stopper was in use until 1957 when it was replaced by a screw cap. If the mold seam continues straight through to the top of the bottle, it was made after 1890. If the mold seam stops just before the finish, the bottle was made prior to 1890. 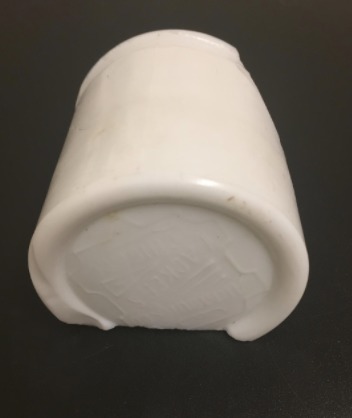 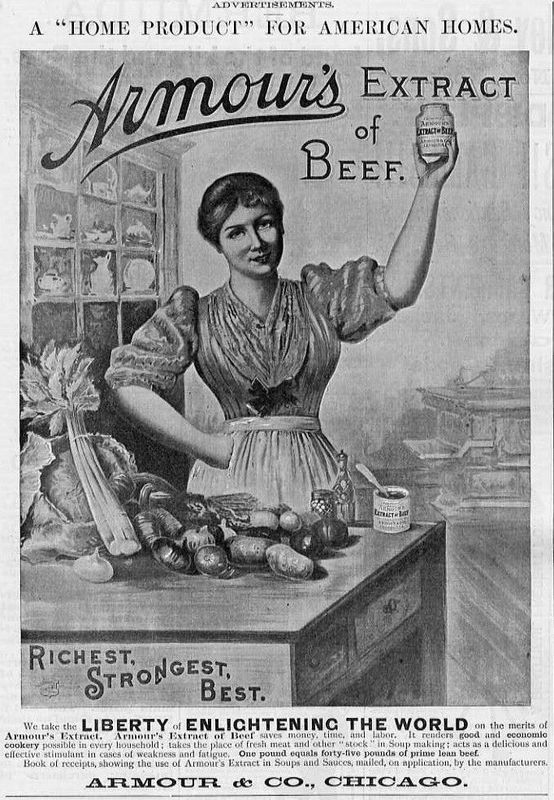 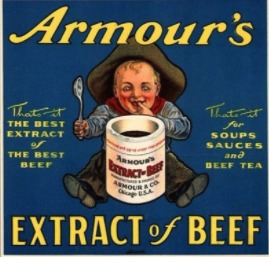 These jars were produced by the meat packing company Armour & Co which was founded in 1867 by Phillip Armour (Wilson 2005).  The company was one of the biggest in Chicago for decades, even after the death of Phillip Armour in 1901.  Armour & Co slaughtered animals in Chicago, packing not only meats, but a variety of other animal byproducts such as glue, soaps, gelatin, and others (Wilson 2005).  They aimed to waste none of the animal, having the catchphrase “everything but the squeal” (Wilson 2005).

The company quickly became the leading distributor of meatpacking in the nation, eventually even exporting to Europe. Ceramic containers were commonly used to pack meat in the late 1800s. Potted foods were used to thicken soups and useful for travellers. The potted meats became very popular and widely distributed particularly in the days before food preservatives.

The jars may have contained meats or any of the many other products that Armour & Co produced.  In its history of more than a century, Armour & Co was one of Chicago’s largest employers and one of the biggest businesses in the United States (Wilson 2005).  When the Great Depression came to America, Armour & Co continued to employ thousands of workers in Chicago and the surrounding areas (Wilson 2005).  In 1948, the company had been making soaps for many years, and they developed Dial brand soap (armour-star.com).  Armour & Co lives on today, although it was bought by the Greyhound Company in 1970 (Wilson 2005), as Armour Star.  Today, they mostly sell canned meats and “easy-to-make solutions for all of your meal and snacking occasions” (armour-star.com).

The jars are made out of a material called milk glass.  Milk glass has been in use since the 16th century, but was only given its name in the 20th (Collectors Weekly).  It originated in France and became popular in the United States in the late 1880s, becoming a symbol for American domestic life (Collectors Weekly).  Beginning in the Great Depression, though, it began to fall out of style (Collectors Weekly).  From what information I could find, it doesn’t seem that milk glass was a common packing material during its long history.  Rather, it was often used for vases and dinnerware.  Because of the time period when milk glass was being manufactured, the jars could have been made anywhere between 1867 and the 1960s.  It seems more likely, though, that they were produced somewhere between the 1880s and the 1920s, as these were the years of its peak popularity.

These jars are representative of a company with a long and distinguished history.  It has lasted for well over a hundred years in one form or another, which is impressive.  The jars come from a time when having plates and containers made of milk glass meant that you were somehow living the domestic dream.  Jars like these hold a lot of meaning, not only for Chicago, where they were made, but for the entire country.  Because this milk glass was used to contain meat or some other animal byproduct, it is difficult to ascertain the socioeconomic class that would have been in possession of these jars.  Milk glass as a material would have been found in many houses in the late 19th to early 20th century, ranging from upper to middle-class.  It is possible that even lower class households would have had at least one milk glass product during the height of its popularity.

The company was, however, part of the changes in the early 20th century due to the exposure of working and sanitary conditions at stock yards and packing plants. Upton Sinclair’s The Jungle was published in 1906, exposing the poor working conditions at Armour’s stock yards and packing plant in Chicago, along with the unsanitary things that went into meat products, including rat dropping and waste materials. In order to combat the horrific image of not caring about their products or workers, Armour’s ad campaign for its meat extracts declared that they “had the flavor of fresh meat” to try and convince their customers that their products were safe and clean and only contained “the best beef.”

A French advertisement and cookbooks indicating how the product can be used to produce different dishes for the family indicate both the broad distribution of the products as well as their strategies for increasing their use.

← Oral History
What to Wear? →
What's for Dinner?