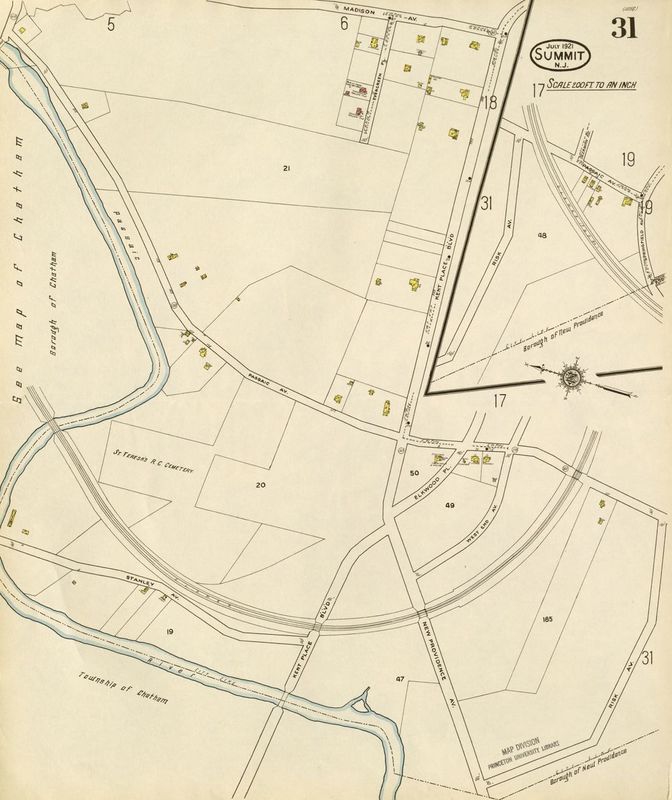 Stanley Felt Paper Mill can be located on an 1868 map of Chatham. In the Sanborn Maps of Summit in 1921, there are two buildings located at the site. One of the buildings is long and has no distinguishing abbreviations on it. The other building is smaller and more square. This building has the abbreviations, D and X, which mean dwelling and shingled roof respectively. This shows that at one point there was a dwelling at the site. The other building might be the mill, but without any labeling, it is hard to tell. The Sanborn Maps of Chatham in 1921 do not show any buildings across the river from the site. They only show tiny pieces of the site so a better view comes from the Summit maps. What is interesting is that in the 1868 map of Chatham, Stanley Felt Paper Mill is shown as being on the other side of the river than the site is. This could be that the mill moved. The paper mill is shown to be on the Chatham side of the Passaic River in the 1868 map, but the DUPRS site is on the Summit side of the Passaic River.

The Google map project connects the artifacts found at the site. It has the two sites where surface collection occurred as well as the locations where some of the objects were imported.