Actors in the Role

Depictions of actors in the role of Richard III opened up another rich vein of interaction between the theatre and the printed book in the eighteenth century. 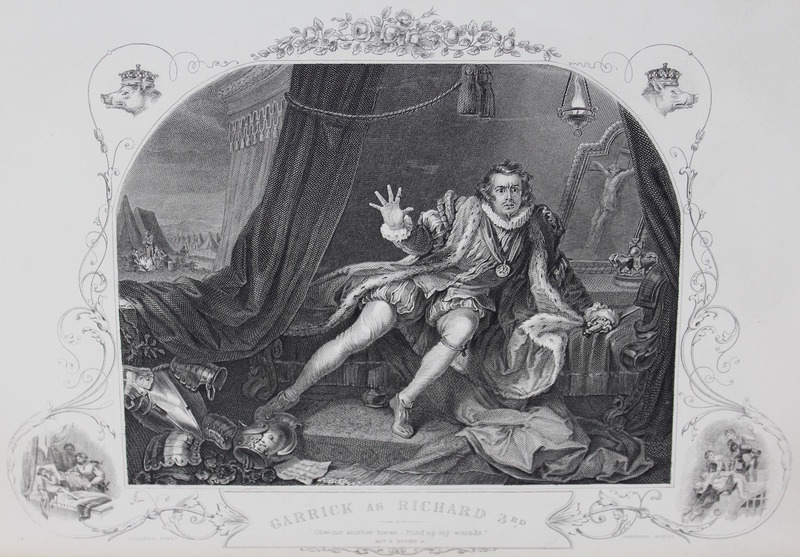 David Garrick was a renowned actor and manager of Drury Lane Theatre during the period. Inexpensive engravings of his painted portrait as Richard III, a role he popularized, by William Hogarth circulated in the eighteenth and nineteenth centuries and were included in illustrated editions of Shakespeare’s play such as the 1850 volume published by John Tallis and Company on view in this exhibition (Figure 1). Most of the illustrations in this three-volume set are engravings of British and American Shakespearean actors from daguerreotypes, one of the earliest modes of photography. Illustrations for Richard III in the “Histories” volume include two engravings from paintings of David Garrick and Charles Kean and three from daguerreotypes depicting J. W. Wallack, Mr. Couldock, and Kate and Ellen Bateman.

← Richard III Illustrated
The Batemans →
Actors in the Role