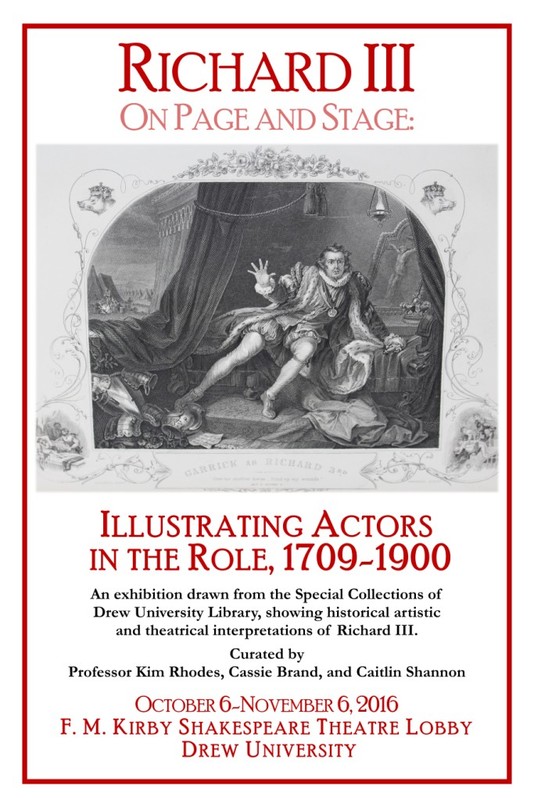 This display of rare materials from the Drew University Library investigates synergies between print and theatre history, creating connections between the First Folio! The Book that Gave Us Shakespeare exhibition at Drew and the Shakespeare Theatre of New Jersey’s concurrent performance of Richard III. The Drew library collection primarily includes editions of Shakespeare’s plays printed after 1800, most notably a three volume illustrated set published by John Tallis and Company in London in 1850, an illustration from which is shown on the poster for this exhibition. While these books mark the rich afterlife of Shakespeare and his plays in print and performance, they also demonstrate the continuing interchange between the two modes of presenting the plays that began during Shakespeare’s lifetime.