Introduction to the Collection

While working primarily within the realm of business and finance, Mr. Sergeon also held an immense appreciation for the arts, specifically literature. Throughout his life, Mr. Sergeon accumulated a large collection of books ranging in genre, although he was particularly interested in literature which encompassed themes surrounding African American culture and lifestyle. Being a world traveler himself, Sergeon understood and valued the impact of literature and its ability to immerse readers on an internal expedition.

After Mr. Sergeon passed in April of 2013, the Sergeon family generously donated a section of his collection to the Methodist Archives at Drew University, Mr. Sergeon’s alma mater. The assortment is currently housed in the Rare Books Collection and is accessible to any student who wishes to further research them. 15 of the books in the collection can currently be explored digitally on this site. 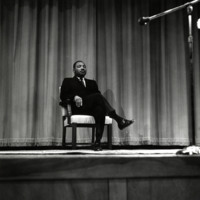 On February 5, 1964, Drew University proudly hosted Dr. Martin Luther King, Jr. as a convocation speaker. Dr. King's connection with Drew University was through Dr. George D. Kelsey, Professor of Christian Ethics. Prior to teaching at Drew, Kelsey taught at Morehouse College where he became a mentor to Martin Luther King, Jr., then a student, and who has credited Kelsey for his motivation to become a preacher. At the time of the event, Dr. King had been recently selected as Time magazine's "Man of the Year" and shared his "The American Dream" speech to over 5,000 attendees. A student reporter for the Drew Acorn noted, "He is unimposing, seems quite ordinary, but, when he speaks, people listen. They tend to forget all else."

Life along the River: Revealing the Impact of Industrialization on Chatham Township, New Jersey, 1890-1920 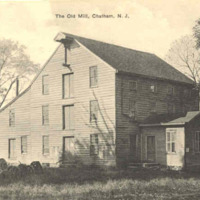 Drew University is situated in an area rich in history both in first nations as well as a center of early European colonization and later industrialization and manufacturing. The major watercourses, and in particular the Passaic River, provided a draw for both the Lena Lenape and early European settlers. In the 19th century, the area became a center for mills and early manufacturing.

Located in northern New Jersey, the Passaic River spans about 80 miles and passes through historic Morris County. The river once played a crucial role in the early development of the urbanization and industrialization of its surrounding towns.

Our focus lies within Stanley Park between Summit and Chatham, one of the many access points of the Passaic River. The research questions will focus on the industrialization of Chatham Township between 1890 and 1920 and how this affected access to new types of consumer products, marketing evolved over the time frame, and changes in consumerism.

The results of artifact analysis, historical research, and oral histories were used to create an online virtual exhibit through the Drew University Library Special Collections website. Therefore, it will be available to the general public. At the end of the Fall 2020 Semester, we will give several presentations at the South Orange Library, Drew University Digital Humanities Workshop, and Drew University Anthropology Department. 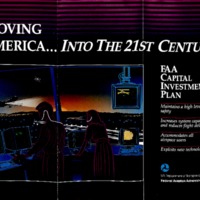 A detailed look at government documents pamphlets produced by the Federal Aviation Administration as they close out the 20th century. Explores documents from the 80's and 90's to get insight into recruitment targets and strategies, flight safety recommendations, and organizational planning. 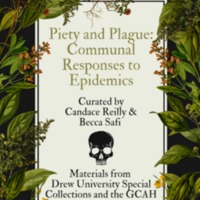 We are living in a difficult time. Our lives have been uprooted by COVID-19, which has caused death, sickness, job loss, depression, anxiety, prejudice, and much more.

This exhibit intends to showcase that our time is not a complete anomaly. We are part of a history of epidemics that has ravaged the human population for thousands of years.

The exhibit is organized into three factions of response to sickness. The first grouping focuses on the medical reaction to disease, the second looks at the religious reception, and the third regards the different ways fears and anxieties of sickness shape our behavior and the culture around us. We hope you find this exhibit timely and take some comfort in how we fit into history.

To view the exhibit in-person, you are welcome to come to the Drew University Methodist Archives 9-5 Monday-Friday.

If Books Could Kill 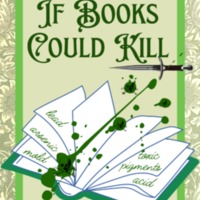 What makes a book deadly?

The text? The ink? The pigments? The binding?

Historically, all of the above.

This exhibit explores the toxicity of book production. From texts such as the Malleus Maleficarum, Mein Kampf, and the Bible, which have influenced killing, to the chemical make-up of the ingredients used to produce books. We were inspired by the Winterthur Library Poison Book Project, and their work on detecting toxicity in bookcloth colorants primarily from the 19th century.

If Books Could Kill showcases the artifacts within our collection that possibly contain toxic ingredients. From bookcloths, pigments, parchment, leathers, dust, mold, fungus, and disease this exhibit will have you question the poisonous nature of books.

The Supernatural in the Archives: Books on Ghosts, Witchcraft, & Beasts 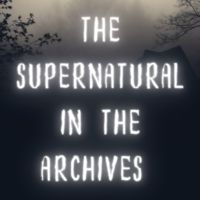 Drew University Archives holds exciting collections on spiritualism, witchcraft, and the supernatural. This exhibit unveils our Malleus Maleficaum (1580), pamphlets on spirit interaction, and scientific books on beasts and monsters.