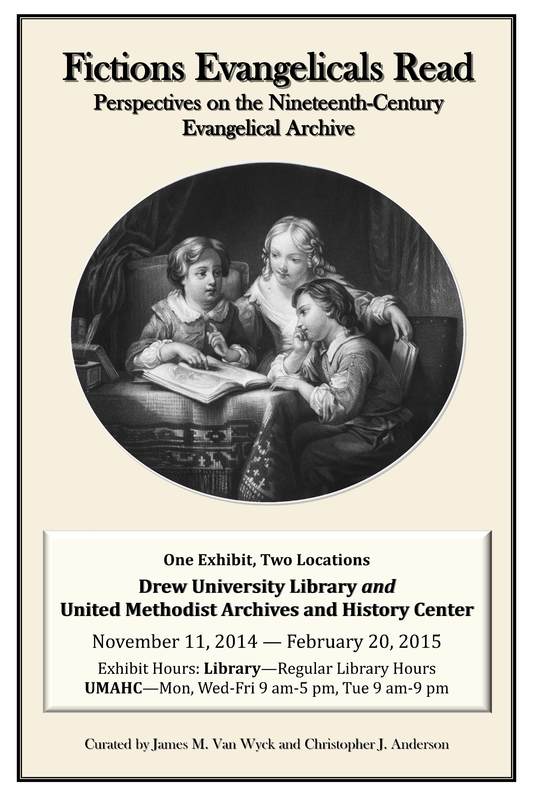 Drawing on Drew’s rich holdings in nineteenth-century evangelicalism, the exhibit spotlights novels by Rev. E.P. Roe, a Presbyterian pastor who left the pulpit to sell his bestselling novels, and highlights religious periodicals such as The Advance, which published fictions by such authors as Elizabeth Prentiss and Charles Sheldon. The exhibit also examines the ways various subgroups within evangelicalism crafted their own literary identities, for example, in the publications of the African Methodist Episcopal Church, and highlights the complex relationship between evangelical children and evangelical fiction in such texts as the Children’s Tract Series of the Methodist Episcopal Church.

Inked Up: The Serialization of Evangelical Fiction →
Introduction